The Children vs. Business Balancing Act. 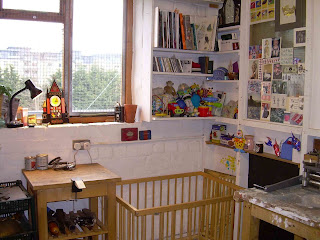 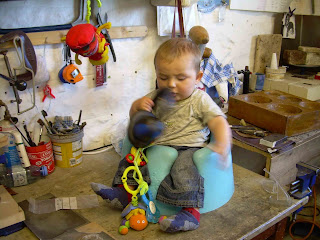 The piece below is a very personal way of trying to solve the child and work problem. Every child and every design discipline brings its own new problems. But it is a problem that many of us designer/ makers will have to solve and it would be wonderful to hear if anyone else has any top tips or ideas.

Like many other designer makers I left college, set up a workshop and have slowly built up a business over the last ten years or so, when, bang, the biological clock could not be ignored any longer!

Realising that spending all the time I wanted in the workshop and pulling all-nighters before deadlines, may possibly become a thing of the past once a baby was on the scene- I had a wee think. How does one juggle work and family? Up until now my business had been my baby- a bit of a cliché, but sadly true! I could spend all time and focus on my silversmithing, nurturing a tiny business and seeing it change and grow.

Should I outsource more work? Was there enough work or money in the business to employ someone else? Should I try and a find more steady income such as teaching? Should I change my techniques from very noisy constant hammering and using a blow- torch to some thing a bit more child friendly!

I tried to be very grown-up and sensible and had started to adjust my working methods to more batch production and even trained up a part-time employee in the year or so before we had our son. I hoped that I would be able to keep the gallery/ trade fair side of my metalwork business flowing by employing someone to make the batch production pieces, whilst I could waltz in, when motherhood allowed, and concentrate on the one- off, fun commissions. Not to be.
In the year I actually became pregnant the sales plummeted for my batch production work and the large silver pieces, which only I could produce, started to do really well. There went my grand plan!

Once pregnant, luck was definitely on my side as I had a huge amount of energy, combined with a bizarrely busy year of commissions and Goldsmiths Fair. I probably had the most productive year in the last ten years. I suppose that I also was terrified of saying no to anything, for fear of never working again once the baby was here.

Wonderful William was born. Work and the world of silver was very far from my thoughts. The statutory maternity pay for the self-employed, of £100 per week helped things tick along and we enjoyed time with our baby.

By the time William was four months old I was back in the workshop. Much earlier than I had wanted or expected, but a big commission had turned up. I was curious to see how this juggling baby and work was going to pan out- and I was already getting itchy fingers. All other mothers I knew were taking at least 6 or 9 months off work- but they also had the added bonus of a much larger maternity pay from their employers. I also realised that my job was a labour of love, a huge part of what made my head tick. I needed to get back to making, in a very ad hoc, part-time way , to keep me sane.

So with no family to baby sit, William started to come into the workshop with me. My vague theory was that I would start as I meant to go on and hoped that he would just think that playing in a play-pen in the corner of a metal workshop was totally normal. After all he had probably got used to the sound of hammering during his 9months in the womb! Again I was very lucky to have such an amenable son, (well so far, he is only 2!) and I frantically hammered away for the magic two hours he slept in his pushchair down the hall. My husband was also self- employed, and together we juggled our days and our boy.
Some how we managed to get through the run up to Goldsmiths’ Fair. It nearly killed us but we did it.
I was amazed and happy that I had managed to carry on working, juggling and bringing William into the workshop with me, but I was either partly ignoring him or never really concentrating on the work. I tried to separate days into William days or workshop days, but running your own business has a nasty habit of popping up at the least convenient moments.
When Goldsmiths’ Fair came round again, I knew that there had to be some changes. I really wanted to exhibit again, and felt that even if it was the only thing I worked towards in a year, it was still better to show my face than not at all.
How was I going to find or afford a form of childcare for a couple of days a week?
A fellow Edinburgh jeweller was in a similar predicament in the run up to Origin and we started a toddler swap! I looked after her son and mine for one day a week, whilst she went to the workshop and visa versa. It has been a wonderful time, our children getting to know one another, we can chat about work and life, be flexible for each other- and it is free!
I also found out that Working tax credits would pay 80% of nursery fees if my husband and me were both low-earners but worked over 16 hours a week. So William started at nursery two days a week. Finally I had three whole days to solidly work and the rest of the week I could devote to family. I found that it also helped with the times that’ business thoughts’ or ‘emails to be done’ popped into my head when I was with William. I just told myself that they would be dealt with on Monday, Tuesday or Thursday or in the evenings.

Of course nothing is so cut and dried and my husband is invaluable in the run up to deadlines and many evening are filled up with paperwork and emails. But it seems to work after a fashion. It will always change anyway, as William grows up or more children come along, but I feel that as self-employed designer/ makers we are a very lucky breed. It is not everyone that has a job which allows them to juggle two great loves in their life and have the flexibility to change when they see things do or do not work. 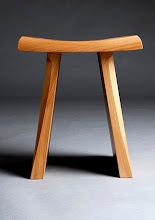 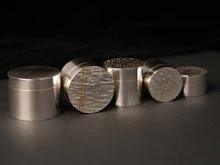 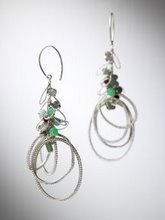